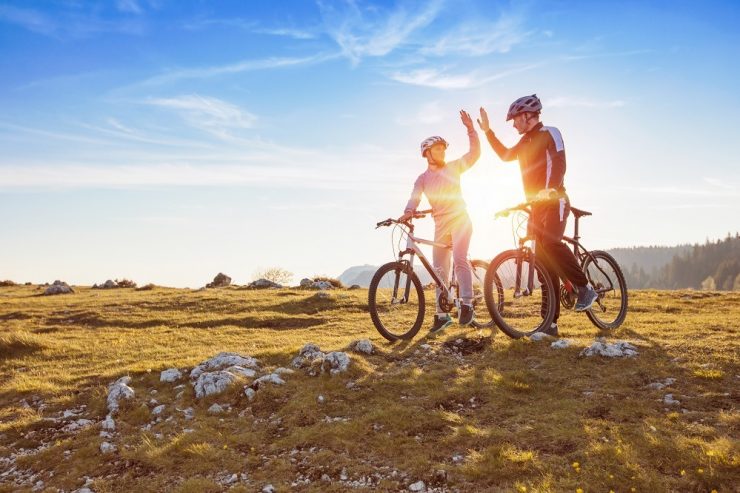 There are quite a few people out there who like to unwind and spend their weekends riding mountain bikes. Not only is this an excellent outdoor activity, but it is an excellent way to be physically fit as well.

Like every other outdoor activity, you need only the best mountain bikes to ensure that you don’t end up injuring yourself when you ride down uneven terrains. Among several brands, Fuji has been quite popular, but are Fuji mountain bikes good investments?

The brand Fuji has been around for a very long time. They are known to make different types of bikes—some that will cost you a couple of hundred dollars and others priced as high up as a couple of thousand dollars.

Today, we have decided to take a close look at this company and its wide selection of mountain bikes to help you know whether opting for this brand is a good idea or not.

Fuji is a company that was started in 1899 by Okazaki Kyujiro. The original company was known as Nichibei Fuji Cycle Company Ltd. It changed its name to Dainippon Cycle during the Second World War but changed it back after the end of the war.

During its early years, the company distributed and imported products from the United States before it switched and began to do its production in Japan. It gained a ton of popularity in Japan towards the end of the 1920s. By the 1930s, the company began to sponsor the winning teams participating in the national race that took place between Tokyo and Osaka. Even today in Asia, this race is still one of the premier races.

By the 1950s, Fuji-made bicycles were distributed by Toshoku America all over the United States. It was sold using popular U.S. retailers such as Sears and Roebuck and Montogomery Wards. Due to this, the brand became a popular choice for bicycles among American households.

Around the 1970s, Fuji became part of a massive cycling craze in America, and hence it established Fuji America. By 1974, the brand upgraded its wheel strength by revamping the rear axle to minimize the spoke dish. This led the company to mass-produce 12-speed bicycles. Thus, the company became popular all over and received top ratings from several athletes too.

Fuji bikes, without a doubt, are quite popular all over the United States. In fact, they have several supporters too. A lot of people are highly impressed with its amazing features regardless of whether you buy a basic model or a high-end option.

If you wish to find out what makes these bikes stand out among its counterparts, check out each item below.

Fuji ships its bikes in multiple parts, which you can assemble yourself or with the help of a mechanic from a bike shop. While this may seem like a daunting task, it is actually a good thing as it allows you to easily repair or upgrade the parts as and when you require. This ensures that your bicycle remains in perfect condition always.

We tried assembling the Fuji bike ourselves and found that the entire process is quite simple. All you need is some basic technical skills or simply follow the instructions to a T, and you’re good to go.

Mountain bikes require knobby tires so that you can ride them on uneven terrain. However, these tires are terrible on pavements as they are extra noisy, slow, and quickly wear out. Thus, if you are looking for a mountain bike that you can use on terrains and on pavements, then what you need is tires with semi-knobby or road tires.

These tend to be quieter, faster, and last much longer even when used on pavements. These tires are good enough for dirt roads but will not offer enough traction.

Thankfully, Fuji sells all types of bicycles. You can find bicycles exclusively for roads, cities, and, mountains. Then again, you can also find bikes meant for cruising and comfort, for kids, and electric bicycles.

As mentioned above, Fuji offers a variety of bikes, and each of these offers different purposes. Their bikes also come with professional helmets and clothing. Let’s talk about some of its most precious bike models below.

The mountain bikes that Fuji offers are both full-suspension bikes and hardtail bikes. They range from entry-level bikes to expert level bikes, and all of these bikes come with a highly durable frame and carry reliable features.

All of Fuji’s mountain bikes are divided into Fat and Pas, Sport, All Mountain, Cross Country, Electronic, and Police. One of the top-rated and expensive bikes that Fuji sells is the Fuji Auric 27.5 1.3 Mountain Bike.

The Auric mountain bike is a top-notch bike that sells for a whopping $3,299. It comes with an amazing responsiveness thanks to the 11-speed SRAM X1 shifters. It comes with an A6-SL alloy frame and a Schwalbe Nobby 27.5-inch by 2.35-inch tires, and a brake set by Shimano Deore XT.

When it comes to Fuji’s road bikes, they are manufactured using only high-end components, leaving you with world-class bikes. These bikes are manufactured from all the information that is gathered from pro-athletes and mechanics.

These road bikes are divided into multiple types, which include Adventure and Touring, Women’s Triathlon, Competition and Cyclocross, and Endurance.

One of the high-end road bikes by Fuji is the Fuji Women’s Brevet 2.3 Road Bike. This bike will set you back by $1,859. It comes with an advanced technology that effectively decreases vibration, which, in turn, reduces the fatigue in the rider.

Additionally, this bike also comes with a fantastic stopping power as it features flat-mount disc brakes. You can also take advantage of the double water bottle holders.

Are Fuji mountain bikes good investments? To be honest, yes, they indeed are. Fuji as a brand has been around for a very long time and have been manufacturing bikes for decades, which is why they know exactly what a good bike should feature.

This brand offers a wide range of bikes for different purposes. Hence, no matter what kind of bike you are looking for, you will most likely find it here. Best of all, you will also find something that fits your budget perfectly. 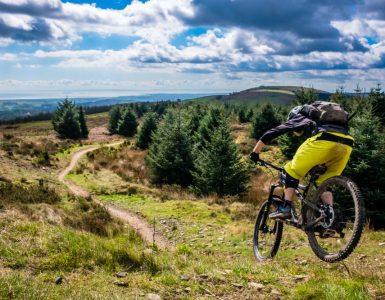 Best MTB Wheelset for the Money

Owning a mountain bike is exciting and rewarding. However, frequent use in various trails tends to break its wheels. Good thing you can now purchase an assortment of wheels and wheelsets for your mountain bike to ensure...