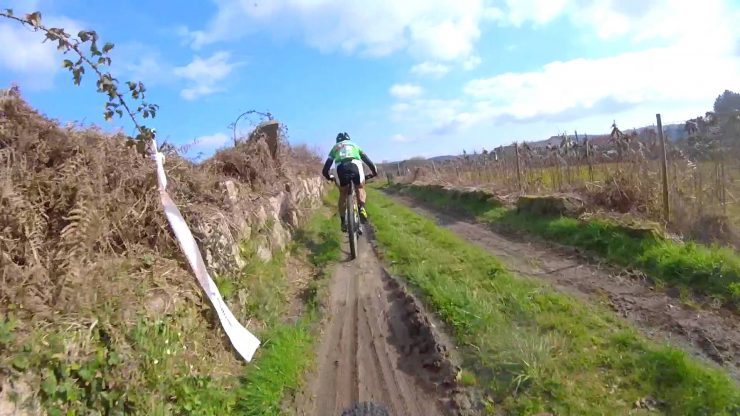 The History Of Mountain Biking

Nowadays we take out mountain bikes for granted. With their light weight and hard wearing frames, they’re well suited to riding in even the roughest terrains. However, it wasn’t that long ago that mountain bikes were invented. Here’s how the mountain bike came to be, and how it’s evolved into the sport we have today.

Bikes were first designed to be ridden around smooth terrains, such as city streets. However, there’s always been a desire to take them off road. Back in 1896, the very first bike made for mountain biking was made. The Buffalo Soldiers had the bikes especially made for their expedition from Montana to Yellowstone.

In the 1940s, Cyclocross was developed as a means of keeping fit during the winter. It became a sport in its own right at this time, with the first championship being held in 1950. This involved riding bikes off road for speed.

Around the same time, a group in Paris created the Velo Cross Club Parisien, which was a sport that was remarkably similar to present day mountain biking. In the UK, the Rough Stuff Fellowship was created to facilitate the sport of mountain biking here.

In 1966, the very first mountain bike as we know it was created in Oregon, by D. Gywnn. He named it the ‘mountain bicycle’, which is probably the first recorded use of that name.

Mountain Biking In The USA

From the 1970s onwards, there were several groups that can lay claim to the creation of the modern mountain bike.

At this time, older bikes from the 1940s and 50s were modified in order to allow for freewheeling races. The Schwinn Excelsior was the bike of choice. This was thanks to the frame being well suited to the modifications it could take. These bikes were often given fat tyres and BMX style handlebars. In the language of the time, these bikes were called ‘klunkers’.

Klunkers were ok for early mountain biking, but the problem was that they’d often take a beating on the track. In fact, taking one ride down an early bike track would be enough to cause damage to the bike itself. An early track in California was called ‘Repack’, as that’s what you’d have to do once you’d ridden it.

One biker, Joe Breeze, was fed up of having to repair his bike so often. He found the klunkers often just couldn’t stand up to the abuse they were being put through, so he wanted to find an alternative. He started creating the very first custom made mountain bikes in 1977, which featured steel alloy tubing, twin lateral tubes that run diagonally across the frames. The bikes were found to be much more hard wearing, and ready for off road biking.

Around the same time, a company named MountainBikes was formed by Tom Ritchey, Gary Fisher, and Charlie Kelly. These bikes were known for being basically road bikes, with wider frames to accommodate larger tyres.  Some of the parts on the earliest models were taken from BMX models. Eventually, Tom Ritchey left the company, and it became known as Fisher Mountain Bikes.

Mountain Biking And The Bicycle Industry

How was the bicycle industry taking this new innovation in the creation mountain bikes? Not all that well. At this time in the late 1970’s, the whole mountain biking revolution was seen as just a short term fad by the industry. Existing manufacturers such as Schwinn and Fuji failed to see the importance of creating their own mountain bikes, choosing instead to focus on their existing lines.

That meant that the first mountain bikes instead came from smaller start up companies, mostly in the US. Specialized, a company that was created in America that created bikes for sale in Japan and Taiwan, found ways of making mountain bikes easier and cheaper to mass produce. Mountain bikes became popular with grass roots biking groups, and mountain biking found an audience despite the lack of mainstream support.

As we move into the 1990s, it becomes clear that mountain biking is a sport that’s here to stay. The sport began moving into the mainstream, making it much easier to buy a mountain bike. Before, you would have had to specially order one from a custom bike manufacturer. In the 90’s and 2000’s though, you were able to buy one from any bike retailer. In fact, they became even more popular, with some bikes even showing up in department stores.

Mountain bikes themselves have been evolving as efficient machines, too. There are plenty of different types of bikes to pick from now, so you have the choice depending on what you want from your bike. All mountain bikes are designed to both pedal well uphill and descend well in rough conditions. 29er bikes are designed with a larger wheel surface, making it easier to ride over obstacles but creating a longer wheel base.

Nowadays, there are even bike resorts open to the public, that allow visitors to take part in any number of riding tracks on their bikes. The sport has become very much mainstream now, with accessibility becoming better. Anyone can now access a bike and try mountain biking for themselves.

Mountain biking has come a long way in such a short space of time. From the pastime of tinkerers riding down dirt tracks in California to the widespread sport we know today, it’s clear that mountain biking has a wide appeal and isn’t going anywhere soon.

There are quite a few people out there who like to unwind and spend their weekends riding mountain bikes. Not only is this an excellent outdoor activity, but it is an excellent way to be physically fit as well. Like...